Cordyceps mushroom is scientifically known as Cordyceps sinensis . An extremely rare combination of a caterpillar and a fungus, it is found at altitudes above 4,500 meters (over 14,000 feet) in the Himalayas, on the Tibetan plateau, and at other high-altitude locations worldwide. In Tibet this fungus is known as yarsagumba, or “summer grass, winter worm.”  For years it was thought to be a living worm rather than a mushroom and was nicknamed the caterpillar fungus as it is seen growing on the sides of trees.  Cordyceps is actually a fungal spore that kills insects such as caterpillars and moths and feeds off their tissues.It was initially identified when local herders observed that yak, goat, and sheep that ate cordyceps while grazing became very strong and stout.

The cordyceps mushroom helps to manage blood sugar levels in a healthy range, protects the heart,

Cordyceps are also called as immunosuppressants.

Used to detoxify the body.

2 to 3 capsule per day either in empty stomach OR after meal. We can take in more numbers as per the advice of expert. 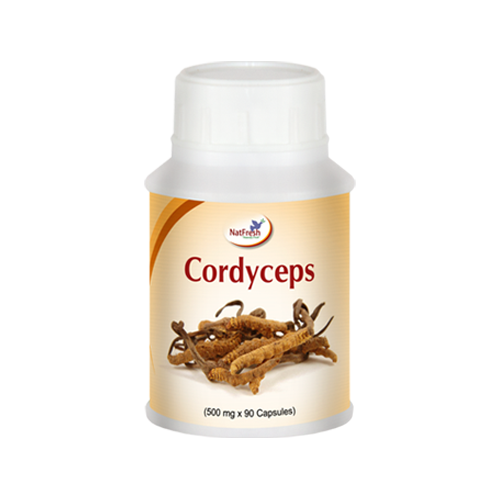