Balance tea is a product of natfresh launched recently. It is composed of many ayurvedic ingredients includes tulsi, lemongrass, mint, rosemary, bramhi, asparmarga.

Tulsi : Ocimum tenuiflorum, also called Ocimum sanctum, holy basil, or tulasi, is associate degree aromatic plant within the Labiatae that is native to the Indian landmass and widespread as a tracheophyte throughout the Southeast Asian tropics.

Lemongrass: Also referred to as Cymbopogon, Lemongrass is one of approximately 55 other species of grasses in the Poaceae family of grasses. Of these multiple varieties, the two most popular ones are Cymbopogon citratus and Cymbopogon flexuosus.

Mint: This species of mint is also known as “Mackerel Mint” and in Germany it was called “Lady’s Mint” with a pun on the word munze, a word meaning a building or institution where coins are produced.

Brahmi : scientific name of brahmi is Bacopa monnieri  Bacopa is a medicinal herb used in Ayurveda, where it is also known as "Brahmi", after Brahma, the creator God of the Hindu pantheon.

These are the health benefits of balance tea composition

A decoction of the balance tea, with honey and ginger is a good remedy for respiratory disease, asthma, influenza, cough and cold.

Excretory organ Stone: The juice of basil leaves and honey will help to expel the urinary stone in six month.

Neurological protection: ingredients present in rosemary that is carnosic acid, which can fight off damage by free radicals in the brain.

Improves the retention of memory.

Sedative effect that does not dull the senses.

Drink a glass Balance Tea with 2 to 5 glasses in a glass or cold water. 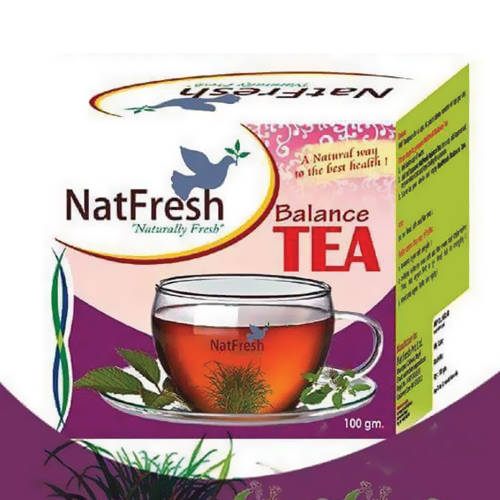